The original village of ‘Hammer Smith’ was first mentioned in 1294 which was built along the foreshore on either side of ‘Hamersmythstrete’.

Upper Mall runs along the pedestrianised Thames riverside at Hammersmith with residential, rowing and sailing clubs and pubs. The Furnivall Gardens, a riverside park lies to the east, which covers the site of Hammersmith Creek.

Several historic pubs sit on the banks of this stretch of the Thames at Hammersmith, though few records exist before the implementation of the annual licensing checks of inns, ale houses, taverns and tippling houses in 1715.

‘The Blew Anchor’ - now The Blue Anchor would appear to be the oldest licensed Alehouse in the area, licensed on 9th June 1722 to Alehouse keeper Mr. John Savery.

'The Doves’ – now The Dove pub, was originally a coffee house, also selling beer, probably from 1730, and was licensed in the 1790's when in 1796 Fuller’s records say the brewery acquired it. The Rutland was built in the 1870's. 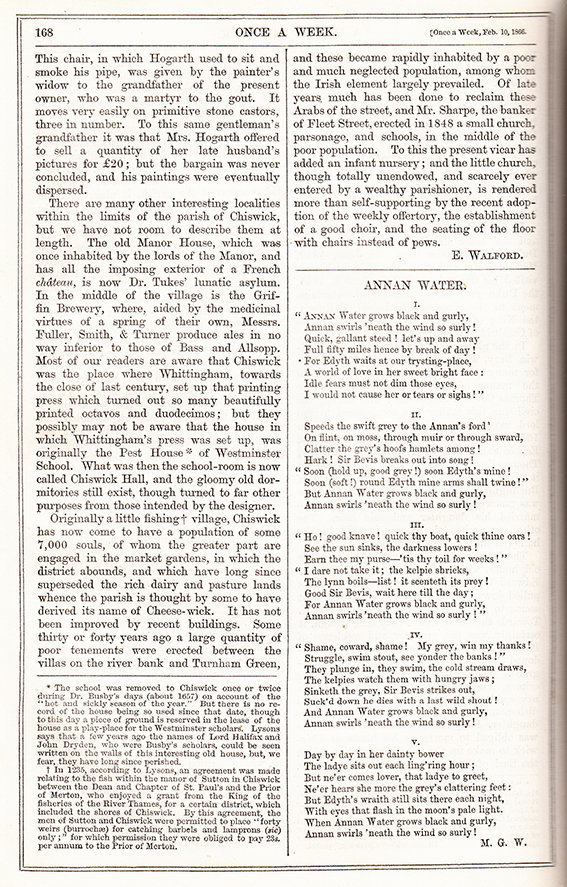