A Day at Chiswick

An article of 8 pages which is part of a bound copy of ‘Once a Week’ a periodical or magazine of the time and contains all the publications of 1866. This is one of my Great Grandfather Ernest King’s editions, one of several he owned. Ernest was born in 1871 so they must have been handed down to him.

The Writer Edward Walford talks about the ‘village’ of Chiswick at the time as well as some history of earlier ‘Chesewicke’ or ‘Cheese-wick’.

References are made to:
St Nicholas Church - much criticism including ‘ …transepts of brick, in the hideous style of the Georgian Era’
Battle of Brentford
Thomas Bentley who lived in a substantial mansion in the high road
References to many famous charters and nobility buried at St Nicholas Church
Charles Holland an actor that made his first appearance at Drury Lane in 1754, and died of smallpox age 35 at Chiswick House
Mary Countess of Fauconberg who resided at Sutton Court in Grove Park
Sanitary measures adopted in The Great Plague
Chiswick House and a quote from Horace Walpole saying the design has a ’…too strict adherence to rules and symmetry’
William Hogarths House and Mr Cock hisneighbour
Dr Tukes’ Lunatic Asylum
Griffin Brewery
Chiswick Hall
Charles Whittingham who founded The Chiswick Press
Market Gardening of Chiswicks population of 7000 souls
Ancient River Thames fishing rites 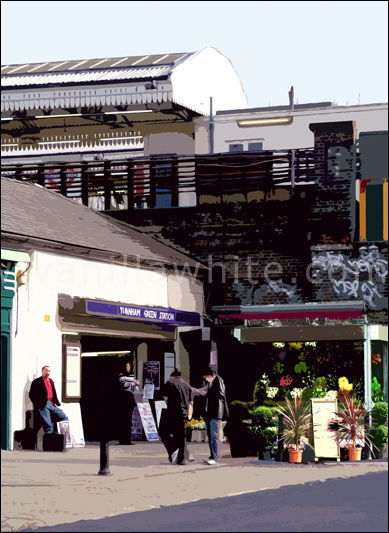