Set of 4 cards showing the character of Bristol through some of the fabulous architectural detail of its buildings.

Bristol has an eclectic combination of architectural styles, ranging from the medieval to 20th century brutalism.

During the period of Georgian architecture hundreds of new buildings, and several squares were laid out reflecting the increased prosperity that came with the new Floating Harbour and trade based at The Exchange. 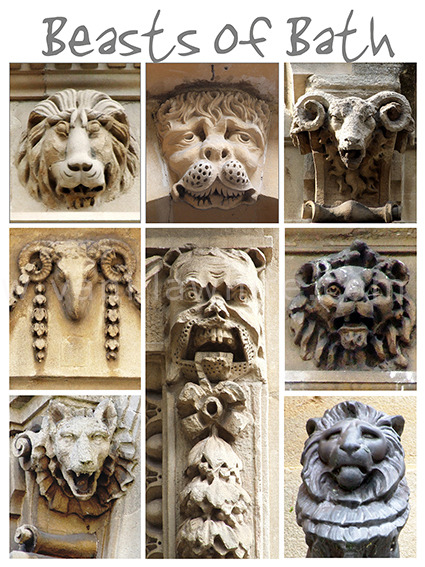